Start the month with  a massive one-man rifle assault on a country & western concert, witness an ex-hurricane hit the British Isles mid-month and finish with reports of record levels of CO2 in the earth’s atmosphere.

The Conservative Prime Minister has a nightmare at the conference and still appears to have gained ground.  Even a former Conservative prime minister calls for the suspension of the rollout of Universal Credit.

Celebrities having been called out for sexual harassment,  politicians follow – first Conservative MPs and Ministers – then it turns out a Greater Nottingham Labour activist had been raped and party officials appear to give poor advice.

Seems like a Trump campaign manager has previous for money laundering.  Following a triumphant declaration that he’s releasing all the JFK files, as he was required to do – and then failed to cos he got the process wrong.  Meanwhile, the JFK files bring out all the conspiracists out, who never stop to think how “they” want them to believe in conspiracies.

Catalonia strikes out for independence from Spain without a proper referendum and with plenty of people saying they don’t support the change.
Brexit doesn’t feel any better.

Then a boundary commission recommends splitting The Meadows into 2 parts.  The Conservatives requested it, but the commission does kinda recognised that nobody else had even thought of it and so are looking for further comment.

– – –
So where in any of this is there hope or perspective or joy?

Perspective is brought by the documentary series on The Vietnam War  shown on BBC 4 tv.

Hope comes from learning about the Luddites in Nottingham 200 years ago.   How they struck out for values and the vote.

The joy – lots of opportunities to tell stories about Nottingham this month, especially at Goose Fair, and at the launch of the city of culture bid, and of hoodwinked; recognising that not only did Herbert Kilpin found AC Milan, but he gave them the red and black stripes of Notts Olympic;  oh, and comedy bikes and Salop going 15 league games unbeaten.

The Conservatives have driven down registration through benefits changes and making it harder for the register to stay full.
They then direct organisations that are supposed to show some independence to use register data well out of date in defining new constituencies and wards.
So it is that their proposals for new wards in Nottingham underestimate the needs of neighbourhoods where many students live.

They propose dividing The Meadows into 2 parts, despite the area being clearly and strongly defined, and served as one by 3 schools, a health centre, a shopping centre, a children’s centre, a library, 2 major community centres, a leisure centre.
Only one organisation has proposed dividing the Meadows – the local Conservatives. They kept their proposals secret and did not seek opinion from local Meadows organisations.
And the LGBCE have embraced the Conservative suggestion.

It had to end.
At Peterborough it did, after a brilliant / fluke volley from 50 yards and what Channel 5 tv called “huff and puff” from Salop.
The game was a bit violent, and the time wasting from Posh so far out was a bit unpleasant.
But Salop didn’t create enough chances cos the crossing was not good enough – see photo – something you fix with coaching.
The last 10 minutes was a spectacle, with Salop often having 8 players in the box for a cross.
Still top of the league and still some bewiderment given we looked set for relegation for most of last season.  My sense is that Salop fans do think we can get promoted. 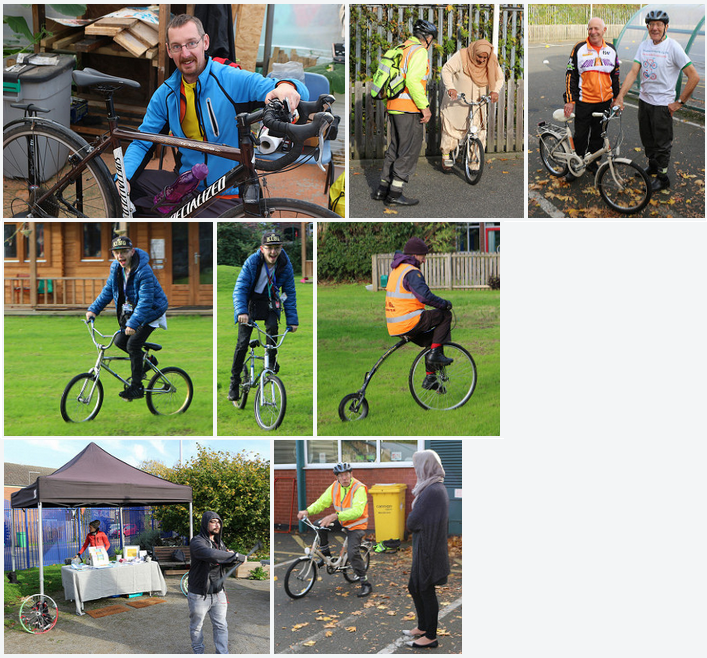 Teaching people to ride, maintaining bicycles, comedy bikes including a bike with a non-central rear wheel.
Ridewise event at Arkwright Madows Community Gardens.  To be a regular event.

A lot of files have been published about the JFK assassination, which thankfully, many have realised have been kept private cos they beg questions about agencies who might have done better, rather than show Lee Harvey Oswald wasn’t responsible for the murder.

Any doubts, look up the BBC documentary on youtube – “The Kennedy Assassination: Beyond Conspiracy”.

‘This thing only happened one way.’
I’ve referred to the documentary often.
(Shame about the Daily Mirror on this occasion. The Guardian ran a page looking for what was new, but about 8 items was the limit. Meanwhile, having boasted about the release of the files, turns out Trump did not follow the correct procedures so the publication of some of the files have been delayed.) 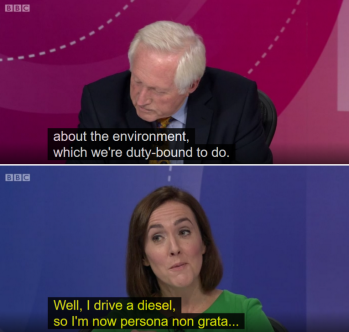 David Dimbleby leaves little time for a question on congestion charging, the significance of the wider issue of the environment he dismisses.
A Daily Express journalist chooses to focus on the previous advice to buy a car powered by a diesel engine.
Jacob Rees-Mogg demonstrates the entitlement of rich Conservative motorists who live in the countryside
– i.e. wanting to drive into cities but not live in them.
Chakribahti rares to say – you must provide public transport first.
Ditto Alex Salmond.
Dimbleby grins and Germain Greer says charging motorists doesn’t work.
No-one mentions how in Nottingham, mototrists pay for the improvement

Keepmoat’s development along Arkwright Walk are to be marketed as “The Edge”.
New dates for the developments have been published.

Blueprint’s scheme for Wilford Crescent East will be marketed “Meadows Green”.
They have achieved planning permission for Mundella House.  Planning permission for Trent Works has been agreed subject to s106 agreement, which is currently with lawyers.  Start on site expected early/mid 2018 with 12 months build for both.

England’s last armed rebellion, from 1817, and exhibited at the National Justice Museum on High Pavement in Nottingham city centre opened on 200th anniversary of the conviction / execution of 4 of the leaders.
Open until 7th January 2018 and free entrance, put together by the Pentrich and South Wingfield Revolution Group and supported by the Heritage Lottery Fund.
Opened by Roger Tanner and attended by Paddy Tipping, pictured alongside a display on decades of Police spying on activists.
Stating plainly that the Luddites were not anti new technology, but anti shoddy goods and poor working conditions. 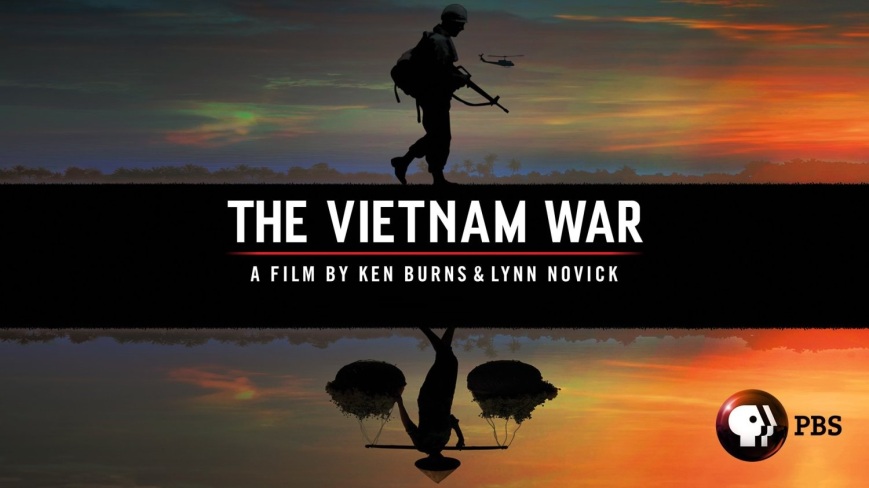 Telling the story of a war that figured so heavily in the news broadcasts of my childhood.
The war kinda feels other worldly in an era in which opposition forces are taken out by drones.
–
The TV documentary series by WETA-TV and Florintene Films is compelling.  You learn so much.  (Note, it cost $30 million to make.)
The piece on the memorial was just one of the special pieces.
Ditto, the napalm attack that caught innocent children.
The point blank execution on camera of a Viet Cong agent during the Tet offensive.
A reminder that the North Vietnamese communists could be cruel too.
John Kerry’s testimony on Capitol Hill.
(It’s possible that bits were missed out – e.g. peace initiatives in the early sixties.  Possbilby a tad harsh on the new regine given what they followed, and that they were to throw out the Khmer Rouge.)
–
So much to take in, but just one excerpt especially pertinent to today …
Episode 5 showed John McCain being interviewed by a French journalist having been shot down in Vietnam, ejected too low from a plane out of control, broken 3 limbs and having them reset without painkillers.
In the interview, his voice is trembling. He was interviewed because he was the son of a US General in charge of their military in Europe.
He was beaten up afterwards, because he had not been grateful enough to his captors on film.
Years later, he was to be ridiculed, told heroes don’t let themselves be captured and only recently, mocked cos of the physical symptoms he has as he is fighting cancer.
America, get a grip.

An excellent production by the Nottingham Operatic Society.
If only cos I figured Henry Higgins was played better than Rex Harrison achieved – although he did get an Oscar.
Listening to the overture at the beginning and you remember how powerful many of the songs are; and thanks to Youtube, you remember all the controversies around the movie – Julie Andrews dropped, Rex Harrison not singing and Audrey Hepburn not being allowed to sing.
But the musical does suffer from the songs towards the end being spoken rather than sang, and the nonsense of Eliza standing up for herself only to return and commit without the romance she so wanted to be shown earlier.  “Where’s my slippers?” indeed.
For all that, a good night out, being entertained by people who hold down other jobs for a living.
–
Left Lion review – “What does Eliza see in him?”

© Copyright Michael M Edwards, NG1 1JS / 1A / Flat 5 Unless stated otherwise, all rights including those in copyright in the content of this website are owned by or controlled for these purposes by Michael Edwards.
News and political views
Create a free website or blog at WordPress.com.