Three roving surgeries this month – from which we learnt, if you ask about current concerns in The Meadows in the Autumn, the reply is often going to be trees and leaves.
Most exciting news is Trent Bridge cricket’s offer to provide a new programme of cricket at the Meadows Recreation Ground, and to finance a new and larger cricket pavilion to support it. The iron columns will be taken from the current pavilion to carry forward its spirit into the new.
Elsewhere, events have been more challenging. MPT are being challenged over their hopes to continue running the Embankment pub. Nottingham City Homes have had to respond to sustained complaints over the decommissioning of homes along Arkwright Walk. And I was challenged over traffic signs put up to direct traffic to “Bridge ward” – I was able to require the questioner to withdraw the spurious and erroneous allegation.

Fuller report, with links to stories available.
1159 matters brought to my attention for chasing since being elected 3 years ago. 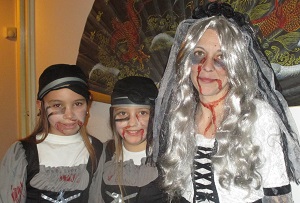 Feel like this is a recent introduction into Britain, even though it may have started here centuries ago; and not really a fan.
But some costumes are amazing. 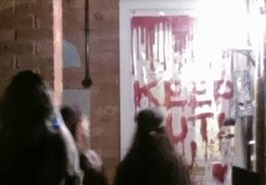 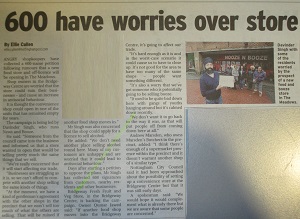 http://www.nottinghampost.com/Shopkeepers-collect-600-petition-new-store/story-23797136-detail/story.html
https://michaelmedwards.wordpress.com/2014/10/24/petition-objecting-to-a-new-store-in-the-bridgeway-centre/
The planned meeting has still not been convened. 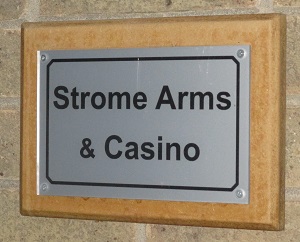 Meeting residents at Strome Court – and the famous Strome Arms which is now the Strome Arms and Casino.
Residents are pleased with the refurbishment of the common rooms, completed about a month ago. 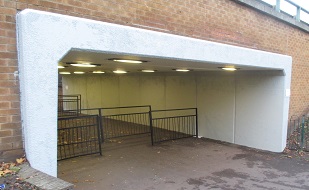 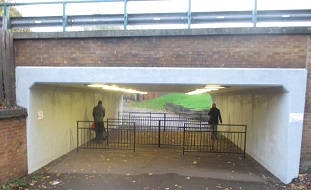 Above, a layout for a cricket pavilion big enough to support four changing rooms.
This supplements information published previously.
Right, the possible site, in front of the trees.

Poet and magician Nick Toczek at the Meadows Library.
It went down very well with the kids, although obviously, the teenagers were a bit keen to say they could see through the tricks – ooh they grow up so quickly.

Nearly 100 kids and over 50 adults came to the Friends of Meadows Library’s show.
The independent group have won funds to promote activity at the well-loved library.
Some more people may now join the committee.

I agree with our manager. It is annoying. We coulda won.
Not that we deserved to. Although I was amazed at the possession stats published after the game – surely it wasn’t that bad.

Gotta say – only went for the party.

And when Chelsea cleared a header off the line (see blurred photo – what d’yer mean you can’t make it out!), you wondered if we’d missed the chance.

The silence of the Chelsea fans half an hour in was testimony to Salop’s performance.

Not gutsy, not physical. But good football.
Enjoying Grandison bossing Drogba (who was apparently man of the match – go figure).
Noting that 3 of the Chelsea players didn’t seem up to scratch.
At half-time you wondered again – had the chance gone?
Then the opening 3 minutes of the second half when Salop players just couldn’t get the ball from under their feet and Drogba scored on a break.
Now it was over.

But then the goal. A corner that felt good as soon as it was lofted. Grandison and another Salop player soaring above their defence. A knock down with this time the Chelsea player getting the ball stuck under his feet. And Mangan smashing it in from five yards. Pandimonium.
Chelsea brought on 2 subs and Willian was tricky straight away, but their goal came cos a Salop player got the ball stuck under his feet when most of his mates were waiting for a cross from the wing, and Chelsea had a break. 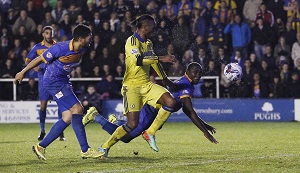 The photo from the Daily Mirror and Getty (I think) captures the moment when Grandison gets his head to the cross first, only to glance it into our own goal – by inches.
We coulda won – which is a surprise, but it’s annoying not to.
For a different perspective, see the Guardian.
Actually a bit fed up with the media focus on Mourinho, before and after. He was graceless too, about the quality of our goal.
But a special night because of the performance, and from a squad that was almost completely changed in the Summer, and for whom no transfer fee was paid. Akin to that amazing 1982 transformation. And a performance akin to that special time too. 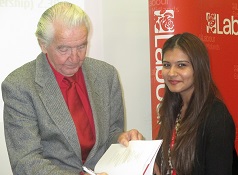 A terrific event for members to get to meet, and speak with, many of Labour’s spokespeople and to talk politics.
A very full first day, where the volume of Labour party policies was rehearsed.
The second day was more about training, but the closing remarks by Dennis Skinner were an absolute treat.
The training works hard at maximising the impact of what we have, but misses a bigger point. 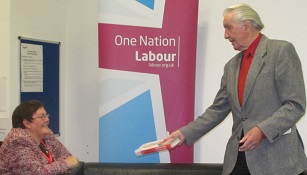 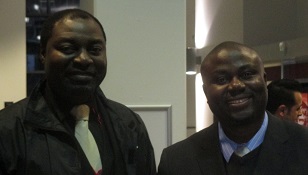 The modern style of politics leaves the field of big change (get out of Europe) to UKIP, as mainstream politicians fire-proofs themselves against barbs from mainstream media journalists, who ironically let UKIP off on things like planning to change for appointments to see your GP.

I spoke at a fringe meeting concerned about the kind of challenges modern politics brings.
If active members of the mainstream political parties had a greater influence, there’d be a better politics; more rounded leading politicians with clearer responses to dealing with the significant challenges Britain faces, such as subsidising the labour market to pay cheap wages, and building up private landlords at the expense of exploited tenants and out-bid home-owners. 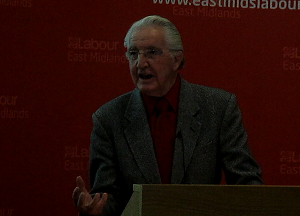 Main message – bemusement at Labour sticking to ideas of financial discipline on government spending that no-one else bothers with – Ronald Reagen never balanced the books.
Also over missing opportunities to do what the public wants – and to take back control of all the railways.
Delivered with terrific comedy, serious points about breaking out of constraints to British politics that stop politicians from setting out to deliver for the people.

“Old Labour meets old New Labour”
Just kidding. It’s always about traditional values in a modern setting.
But we were talking about the problems any government faces if it sets its face against borrowing for revenue spend; in essence, it’s a kind of capital investment too – in people and in avoiding bigger bills in the future.