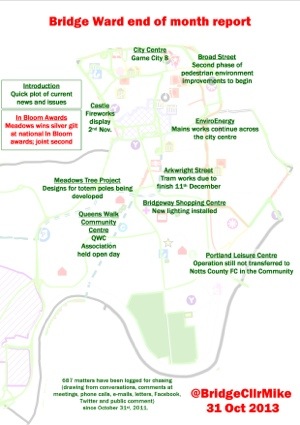 General progress (from a year ago) –
+ crime down, ASB down, domestic violence down, “unemployment” rate slightly down;
– cleanliness down, graffiti up, fly-tipping up.
There has been an increase in number of enforcements carried out and one resident has been fined circa £350 for leaving dog mess. Operations on drugs have been carried out.
Secure jobs is the concern and distressing to hear that the NHS cannot find enough local people who can be nurses etc.

Next month –
– Fireworks displays at The Castle on the 2nd and a big event on The Forest on the 5th;
– Meadows Advice Group AGM on Tuesday 26th November at The Embankment social club. Please come.

Meadows consultations –
– Meadows Plan – we will be ambitious, but a good deal of the housing to be replaced will be private sector led;
– Meadows housing in south-west – public meetings starting; am concerned to retain public spaces; am worried by making driving kids to school more practical, at the expense of people who walk and cycle;
– Meadows 20 m.p.h. speed limits; majority in favour and City Council have worked with Police for new ways of enforcing the new speed limit; the consultation has highlighted concern about speed of traffic on Robin Hood Way now;
– Lots of information available at Queens Walk Community Centre open day.

Frustrated by further delays to transfer of Portland Leisure Centre. A reminder of why direct provision is simpler and shouldn’t be penalised by withdrawal of financial support. Progress is still being made.

Celebrated 2 years as Bridge ward Councillor and have re-issued web-page on overall progress. 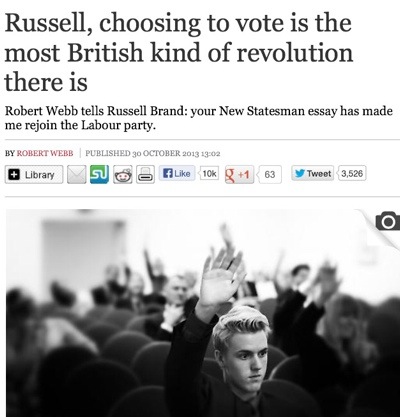 Now I know why people take arts degrees before writing in public.
Truly, I am not worthy.
A compelling essay on why voting, and the political activity that encourages it, is the way; but with some compelling humour.
Robert Webb – the other half of the “Peep Show”.
And it’s so true that young people not voting prolongs the bad deal they’re getting.
Educational Maintenance Allowance – abolished so easily cos the sixteen and seventeen year olds can’t vote.
Select graphic to read article on the New Statesman web-site,

A public body meeting in public at strategic levels has to show a grasp of the big issues.
So from the Board of the NHS Nottingham Clinical Commission Group, the admitted summary view is –
– East Midlands Ambulance Service are having big problems (see front page of the Nottingham Post today );
– Nottingham University Hospitals Trust –
— the shortage of nurses is being met by recruiting 30 nurses from Portugal;
— infection rates are a concern (significant given plans to contract out cleaning);
— planning for 90% occupancy in the winter to meet seasonal extra demand (when they normally run at 95%) is not fully set out;
– there is poor access to psychological services in the city.
I hear the nearby Sherwood Forest Trust is recruiting 30 nurses from Spain (want to check that), but it does seem sad that NUH are planning to muck around with estates and facilities management staff, when a focus on meeting the need for nurses could have avoided expensive agency arrangements.

Article by Professor Pete Totterdill about the Lace Market, published in the Nottingham Post today. 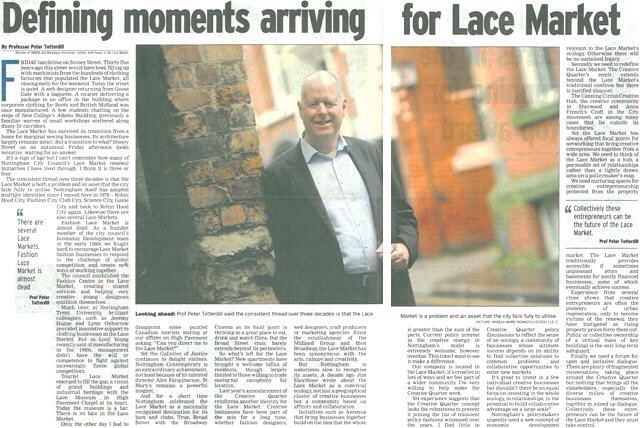 “Yet experience suggests that the Creative Quarter concept lacks the robustness to prevent it joining the list of transient policy fashions witnessed over the years. I find little in Creative Quarter policy discussions to reflect the sense of an ecology, a community of businesses whose ultimate success depends on its ability to find collective solutions to common problems and collaborative opportunities to enter new markets.”

Railway gurus with extensive knowledge are pushing the notion of meeting the needs of the North and the Midlands to be connected to the European high-speed network using the old Great Central Line.
Others have rebutted the idea – 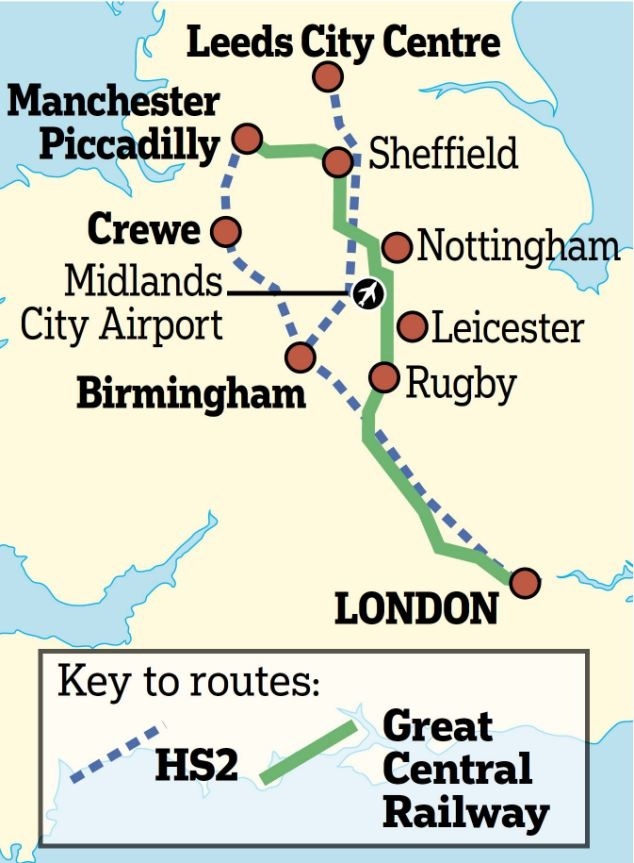 “Closed as a through route in 1966 but largely intact to about 1980, the suggestion made then would be eminently sensible.
“However now the line between London and Verney Junction is either fully utilised for Chiltern services or earmarked for the new Oxford trains and the freight hub. Northwards the old track bed was to be partially used for HS2 but the [demolition] of the Brackley viaduct means that passing this place is a nightmare. Crossing the valley at Rugby means a new long viaduct but from there to Wigston is feasible but traversing Leicester is a no-no. They would need to follow the M1 and A46 to rejoin the GCR line south of Rothley, make a new bridge at Loughborough and do something serious with East Leake tunnel before being faced with a Trent crossing. …
“It is a bit late to bemoan the loss of a Berne gauge route up the spine of England.”

The North and the Midlands cannot remain cut-off from Europe in this way. London’s growth continues to outstrip the rest of the country. Whitehall has failed to move more of its work out of the capital. People are challenging the cost the big rail projects outside of London, but not within. London’s growth in commuters from the south-east network is at the expense of existing services from The Midlands and the North.
References to “blank cheques” are a bit galling when there are processes to go through, but are especially hurtful when Gov’t has just sold the Royal Mail (valued for £10 billion) for £4 billion. Where’s the outrage at the missing £6 billion that has gone to traders in share values, instead of in public investment?
Graphic from Daily Mail; http://www.dailymail.co.uk/news/article-2478093/Railway-line-shut-Beeching-save-36bn-Critics-forward-alternative-route-using-track-closed-1960s.html Note, reference to “Midlands City Airport” seems odd.

Being shown at the Lakeside, University of Nottingham. 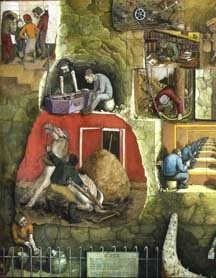 “Creativity and the evolution of psychiatry
“Art in the Asylum presents the first examination of the evolution of artistic activity in British psychiatric institutions from the early 1800s to the 1970s. With over 100 loans from national and international archives, the exhibition traces the historical shift from invasive treatments of mental disorders to a more humane regime in which creativity played a significant role.”

Shocking to see black and white line drawn portraits of patients from over 100 years ago shown as examples of “Idiocy”, Mania” etc.
Found “The Tear” both original and disconcerting.

Greetings to Katrina Bull, former Labour Councillor for Radford (, Lenton) and Park now living in The Netherlands and originally from the wonderful city of Coventry (a.k.a. poor Cov!).
Now writing a blog and drawing on the parallels and differences between life in Nottingham and life in Ulvenhout. Approaches to race featuring.
http://kembull.blogspot.nl/2013/10/sinterklaas-and-black-piet.html
from
http://kembull.blogspot.nl
One of the most remarkable differences she’s told me about is compulsory registration (and they mean it), but no published electoral registers – completely nullifies the British model of winning elections – perhaps requiring a soapbox instead. 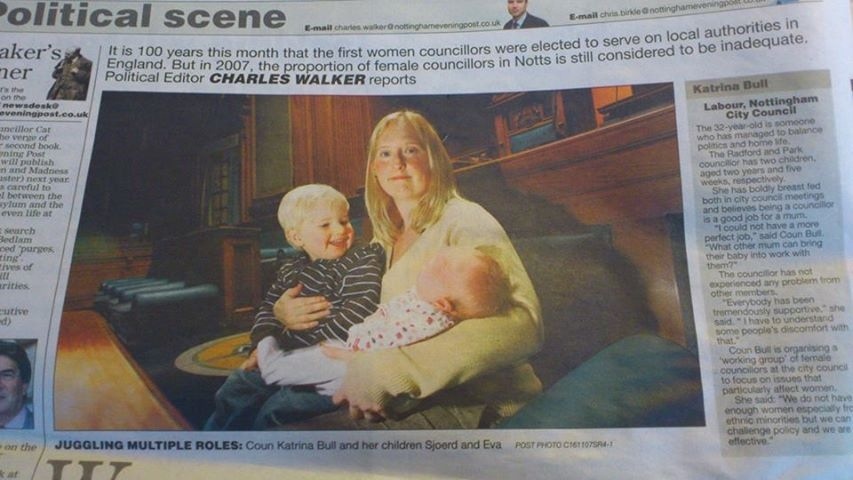 The determined effort to reach more voters in Radford, Lenton and the Park Estate contniues. 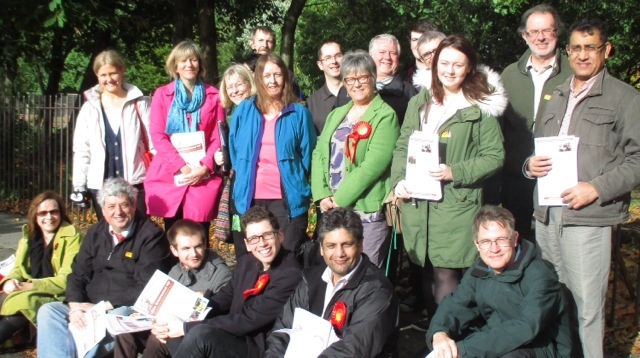 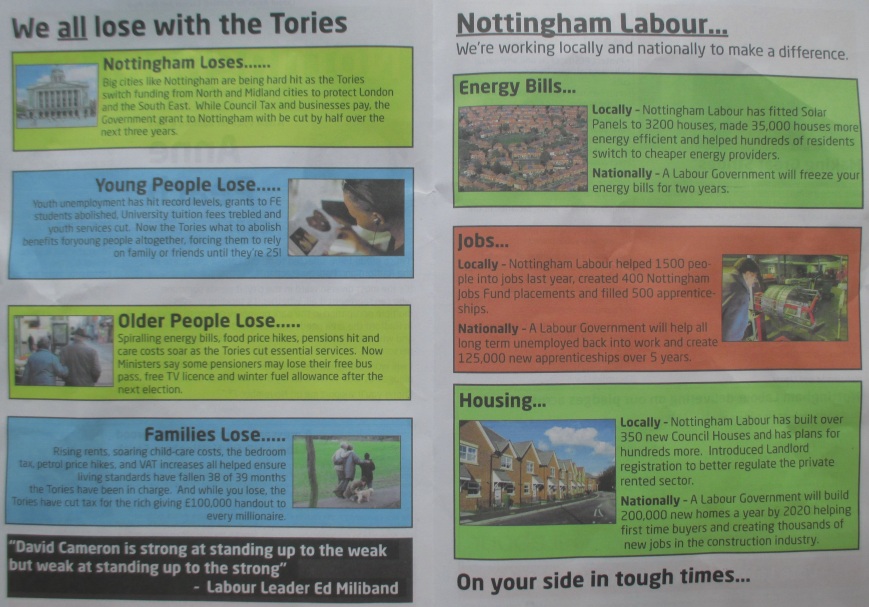 Annual collection of sculptures at Chatsworth House, with some real stars. 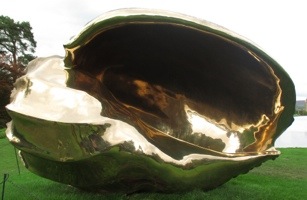 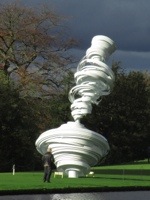 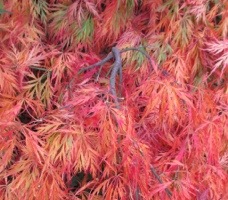 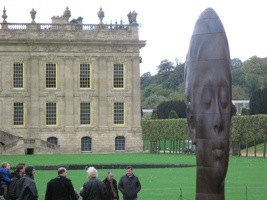 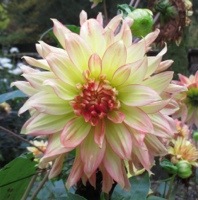 David Cameron was full of cant when he spoke on his economic policy before the General Election.  From 2009 –

The biggest slashing – social security.  Less fair – tax cuts for the rich.  Young people starting out with nothing like the opportunities of their parents.  Crime nationally starting to rise.  Commitments to green measures dropped and this week at further risk.

And it’s all been for nothing.

Three years on and the growth rates are circa what we had then.  0.8% growth is nothing to shout about when we’ve always understood 3% to be standstill.

Our message of 2010, and something I emphasised in every newspaper and leaflet I published – secure the economic recovery.

Cuts to public expenditure and reducing confidence to spend blew it.

Instead we have an economy geared even more to London, to the financial sectors and to the notion that secure jobs & careers for all poses problems business cannot handle.

We can do better.