Concerns this month : which trees need cutting down or cutting back? progress on tackling drugs, illegal charity collections.
Otherwise, celebrating the festive season.

August was the month –
* that cold short shower at Trent Bridge, 10 minutes before the test match starting and thinking – that could change something;
* the ceremony for the Meadows Cricket Pavilion – telling the history of sport grounds in the Meadows;
* the first tram service from Queens Walk, welcomed by a local resident with a little speech;

Also –
* FoML’s santa grotto, packed yet focussed;
* showing family from Tasmania around the ward, including Tasmania Close;
* “Fargo”, again;
* “Spectre”, “Suffragette”, “Bridge of Spies”;
* The Wedding Present, Brix Smith at the Rock City event;
* Angela Eagle’s campaign meeting in Nottingham;
* a talk on George Orwell;
* A Fabian meeting on how to win next time;
* Alan Johnson quote – “Wish I had the self-righteous certitude of the finger-jabbing representatives of our new kinder politics”;
* Salop’s win at Crewe, for the drama of a last minute winner, and as part of a pleasant family day out; (oh, and promotion was nice).

As before, “debating” Tories; talking green principles and the “curve index” at the planning committee; the busier community events; the carnival parade; radical histreh.

Re-election was nice, but the work that went in made the event feel no more than part of a 36 hour shift.  And because of the success in Nottingham, we were blinded to what was happening in middle England.

Robin Hood Energy, and more recently, Robin Hood Travel. RHE is an excellent initiative, with lots of opportunity – but we’re waiting to see how it all pans out before we say success. RHT adds options to current arrangements.

Not quite such a good year as 2014, which is saying something.

It weren’t great.
Just like 2014.
Politics was described as being in a stale funk in 2014; and the same source said the most successful in politics are doing it by making people confused. This year, the source gave up in exasperation at the progress of Donald Trump’s campaign.
Ridiculing Ed Miliband’s headstone of commitments, and yet this was a year whose General Election campaign saw huge whoppers told, and their campaign director get knighted.
It’s too difficult to get a job, harder still to get a proper job; too difficult to find a home with a proper landlord service, and way harder to rent a council home, and too difficult to buy a property, too difficult to get developers to develop patches of land standing idle, too difficult to see attractive new buildings built, too difficult to get green houses and to deliver green transport, in part cos it’s too difficult to know of the infrastructure below ground level, or in the case of new housing, to find a gas mains to connect to; too difficult to provide continued public services, most especially for the youth, the sick and those without stable and secure incomes too difficult to keep the numbers of Police required.

We could do so much better.

To be properly written up. 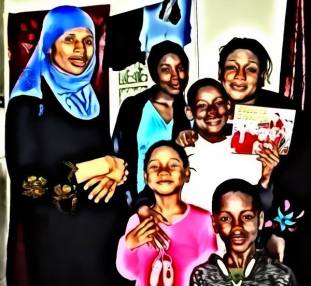 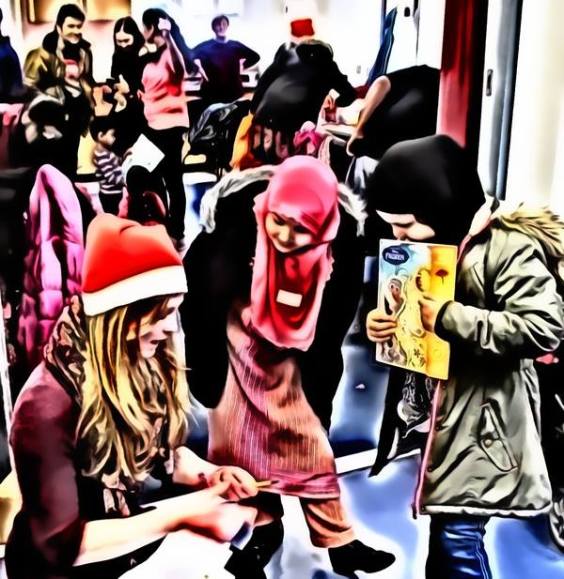 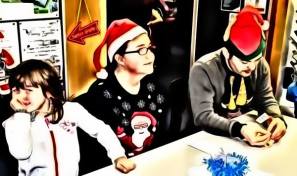 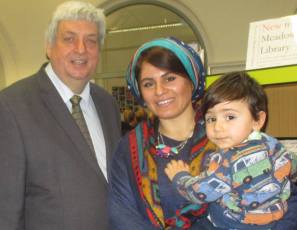 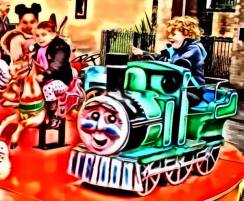 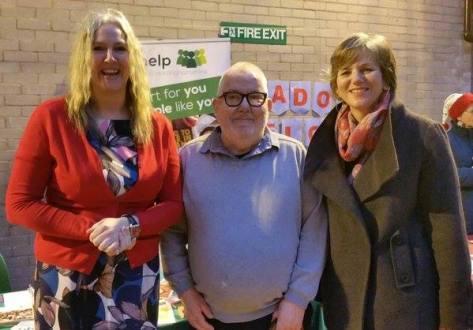 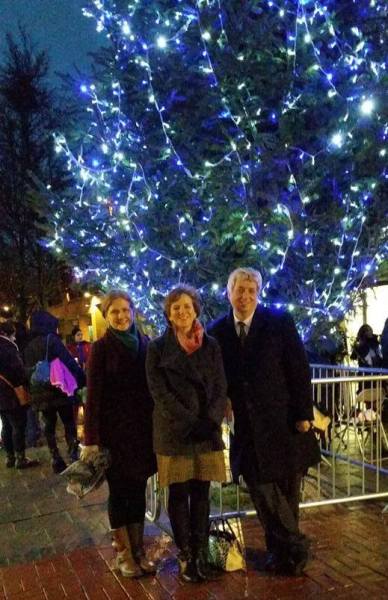 With Lilian Greenwood​ and Nicola Heaton​.
Three events –
1. Friends of Meadows Library, in conjunction with MyNottingham, put on a Santa’s Grotto, with food for the families, attracting 207 children.
2. Meadows Partnership Trust, again in conjunction with MyNottingham, put on another Santa’s Grotto, as well as stalls to buy food and presents; followed by lighting up the Christmas Tree at Bridgeway.
3. Bridge branch Labour Party social.
Photos show –
a. Exchanging Christmas cards with a mum and her daughter, who appears on my Christmas card.
She dressed as an angel, me being one-quarter Angell.
b. That mum with daughter, who has just found out she’s pictured on my Christmas card.
c. A brother and sister, two of the more active in the community, who live near to the library and attend Emmanuel school.
d. The managed queue for Santa, children being called to queue, 5 or 10 at a time.
e. Staff entertaining and educating children, before and after their visit to Santa.
f. The library service values the help of volunteers, here postgraduates from Nottingham Trent University, who welcomed the children who came to see Santa.
g. with Mum and two daughters from the Old Meadows.
h. with mother and child from the New Meadows.
i. with the founder of Notts Mums.
j. four children appeared to arrive too late.
Three brothers who attend Riverside school were given presents by me, after a grilling on their favourite subject at school (Maths, English and English).
The mother of the girl saw the problem and begged Santa to hang on to give present her with her present.
The three brothers – 2 year 2s and a year 3, were very polite and assured.
So Santa 204, me 3.
k. Library staff join in the fun, posing as Rudolph the red bauble nose reindeer.
Aren’t kids a joy?
l. Santa Claus leaves for the North Pole, having met over 200 children at the My Meadows​ Library grotto.
m. Kids on the merry-go-round at Bridgeway Shopping Centre.
n. Kids enjoying the merry-go-round, provided by The Meadows Partnership Trust​ at Bridgeway Shopping Centre.
One girl just didn’t get off.
o. Steve with his family, selling all sorts from a stall, including painted wooden fish for 50p.
Yep, I bought it.
p. A man on stilts, dressed as a reindeer and blowing up balloon toys for kids, at the MPT event in Bridgeway Hall.
q. Terry Regan, Chair of Meadows Diabetic Society, and fellow health campaigner, with Lilian Greenwood​ MP.
r. Thanking youth centre workers for MyMeadows and MyClifton who are currently boosting attendances.
s. The My Meadows​ Christmas tree was paid for by funds made available to thank communities who suffered some problems due to the extended tram construction works.
t. In front of the newly lit-up Christmas tree at Bridgeway Shopping Centre, in My Meadows​.
u. Eunice and Terry following Georgia Power​’s favourites from youtube.
v. Bridge branch social.
Includes photos by Georgia Power.

Delivering leaflets on the advantages of membership of the European Union and listening out for local problems, which ended up being untidy gardens etc.
Lilian Greenwood MP was helping out, along with 2 new members. 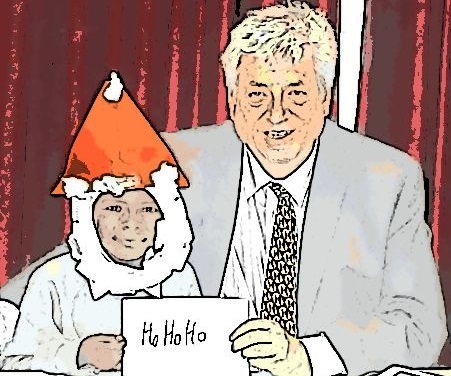 Young lad from Greenfields school, studying at the homework club at the Meadows Library, dressed as Santa, with a beard cut out from a paper plate.

© Copyright Michael M Edwards, NG5 4EG /25 Unless stated otherwise, all rights including those in copyright in the content of this website are owned by or controlled for these purposes by Michael Edwards.