Lilian with winners from Greenwood and Riverside schools.

Nottingham Midland railway station was re-opened to celebrate the new interchange, made light and airy with £50 million of investment.
The Lord Mayor, Sheriff and Lilian Greenwood MP attended.

Pictures of the new extension (opening next week) provided by the school via the council. 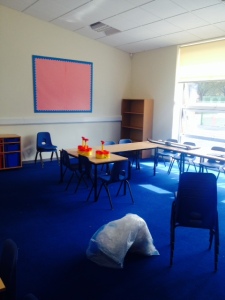 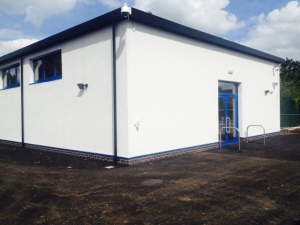 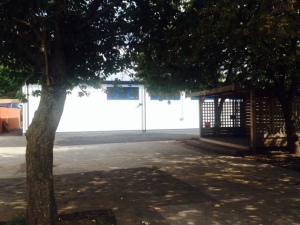 The pictures show the internal and external layout of the additional classroom blocks, a couple of photos showing the outside of the hall and a couple of shots showing the external play area for the Foundation.
Works are still required to complete the astroturf area during September.
Meanwhile, plans to improve the school through working with the headteachers of the other Meadows schools (Welbeck and Greenfields) are supported by Ofsted.

Given Riverside school was previously found to be good, it is a disappointment to hear the result of the latest Ofsted inspection.
The City Council is preparing a response, building on the new arrangement whereby the headteachers at the other 2 Meadows Primary schools (both rated as “outstanding”) are already helping out at Riverside.

Nottingham City Council reports –
Increased nursery provision at Riverside Primary School
Nottingham City Council is proposing to expand the nursery at Riverside Primary School and Early Years Unit, Ainsworth Drive, The Meadows.
Building work is due to start at Riverside in September 2013 to expand the main school (years Reception to Year 6) from 210 places to 420 places and we are now proposing to increase the size of the nursery in line with the rest of the school.

Riverside Primary School is committed to Early Years education and expanding the nursery will mean more children can start their education at Riverside Primary from an earlier age.
If this proposal is approved, the nursery will be able to accommodate 52 FTE (full time equivalent) nursery places instead of the current 26 FTE places, from September 2014.
When we consulted on expanding the main school at Riverside, one of the main pieces of feedback we gathered was about expanding the nursery. Because of this, we are now proposing to expand the nursery and would like to understand your views on this.
We would like your views
You can have your say by:
• Coming along to a drop in session Riverside Primary School on Tuesday 1 October, 4.30pm – 5.30pm to meet a School Organisation Officer.
• Emailing us at sot@nottinghamcity.gov.uk.
• Writing to us at:
The School Organisation Team, Box LH6, Loxley House, Station Street, Nottingham NG2 3NG.
Submission dates:
All written responses need to be received by 4.50pm on Friday 11 October 2013.
All emails need to be received by 11:59pm on Sunday 13 October September 2013.

Demand for nursery places has grown and so Nottingham City Council intends to double the size of the nursery school at Riverside in the south-west of The Meadows.

… on the expansion of the nursery at Riverside Primary School from 26 FTE (full-time equivalent) children to 52 FTE. The building work to expand the nursery will be part of the already approved programme of building work to expand the
main school from 210 places to 420 places. The nursery expansion will be funded from the Capital Basic Need Fund.
It is proposed to hold a four week consultation starting in September 2013.

The Nottingham Post have reported this news at – http://www.thisisnottingham.co.uk/Nursery-school-ready-double/story-19672357-detail/story.html#ixzz2cPZWUEnQ