We got as far as the minutes of the May meeting before the Conservatives started raising concerns – ‘the minutes were accurate but misleading’.  And they ‘didn’t contain answers to all the supplementary questions’.  A full 8 weeks since the last full council, and they hadn’t thought to correspond.
They then proceeded to tell Labour that we didn’t know how to run things.  Seemingly on the edge of welcoming Robin Hood Energy now that it had broken into surplus and is estimated to be worth £30 million as a business, and recognising how they thought such surpluses could reduce the Council tax; then saying it had all be done wrong and slightly surreal to hear the Conservatives talk about European regulations whilst Boris Johnson was leaving the government.

Meanwhile, Labour was focussed on bigger issues than minutes –
– the concerns about the roll-out of Universal Credit depriving local people, putting them 4 weeks behind in payments; and being found to cost more to process than the existing benefits;
– the inability to build the houses people want cos of restrictions on use of right to but money;
– cleaner air;
– mental health, with a motion upon which one Conservative voted for and one abstained. 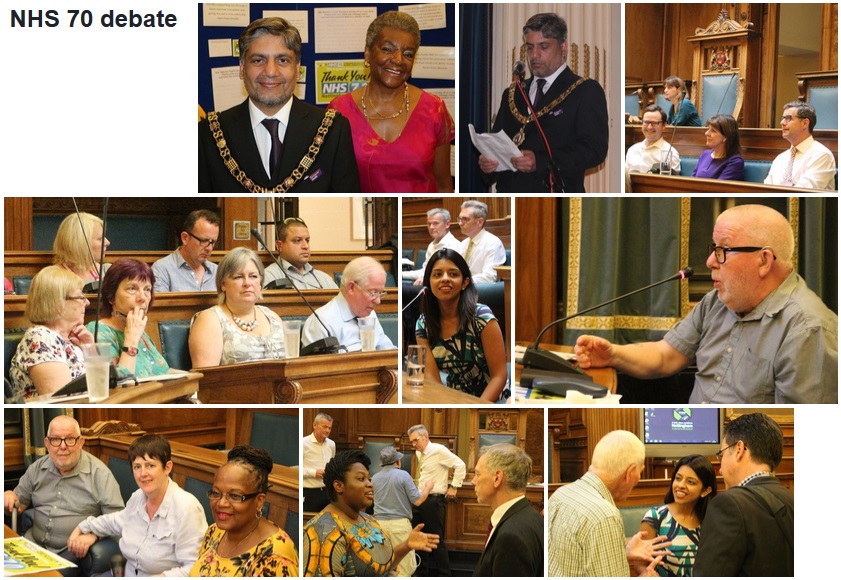 TO BE WRITTEN UP.

A new Lord Mayor and Sheriff; and freedom of the city for HMS Sherwood.
I’m now Chair of the Audit committee.

A motion against cuts in funding for our children’s education was carried. 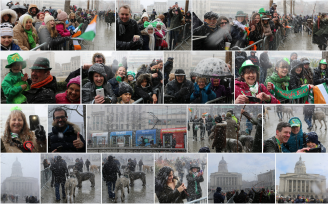 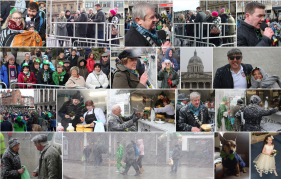 Most memorable for the two bouts of driving snow during the parade.
Our twinned county was Wicklow.
The 8 wolfhounds were great.
–
Full photos of the parade and the opening available on Flickr.
St.Patrick’s Day posts from previous years – 2017 – 2016 – 2015 – 2014

Celebrating Robin Hood Energy going into surplus this financial year; reviewing impact of Carillion going into liquidation; reviewing concern over local hospitals going into “opal 4” status; asking gov’t to do more about homelessness; objecting to the re-warding of Nottingham that includes dividing The Meadows.

See a statement on outsourcing by Cllr. Graham Chapman in the comments section. 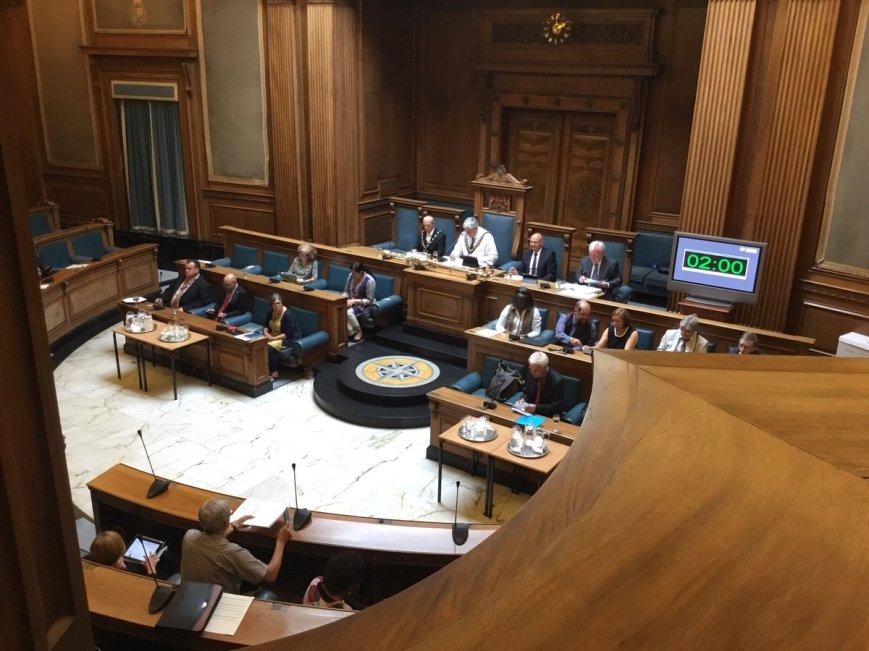 Covered –
– a sober review of actions taking place prompted by the fire that devastated the Grenfell Tower;
– the council being awarded good for its children services by Ofsted;
– condemnation of the cuts the government is still planning for school budgets;
– a motion calling for Bedroom tax to be dropped now that there is a majority opposing it in the House of Commons;
– protests against money being found for the north of Ireland whilst Nottingham’s budget is cut.
Astonishing to hear the Conservative Deputy Leader saying that cuts to Nottingham had been justified.  Yep, justifying the cuts made on Nottingham.
–
Tributes to Glen O’Connell on his retirement on the 22nd anniversary of his return to the city council to lead our legal team.

Budget day – and agreeing £27 million of cuts despite raising Council tax by 4.9%.
The Conservatives nationally are to blame and the Conservatives locally say nothing to speak up for the injustice against Nottingham.
Pictured are Labour councillors pointing out how special transitional funds have been directed away from cities and towns in the North and The Midlands (featured on the maps in white). The government still refuse to publish the criteria used for the allocation of funds.
The other big theme – the crisis in funding for social care and the knock on effects on hospitals and health care. So a motion calling for extra national funding. Meanwhile the policy of seeking integration of health and adult services continues, even though aspects of the government’s STP version is not particularly helpful. 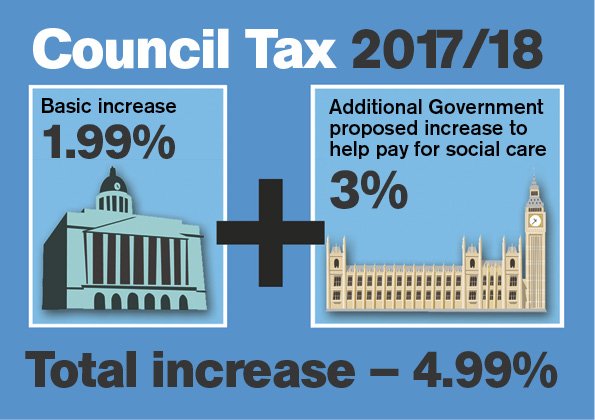 Finally, I made a statement recognising the impact of Professor Peter Mansfield and stating that Nottingham could well become known for being the hme of the MRI scanner – which the Nottingham Post on-line report turned into a questioning of such a claim. La de da.