I went to see this movie having seen it on TV and possibly even youtube times before, and knowing it wasn’t great.
Gerry Anderson got this movie wrong.  It was in his character that he was trying to do new things in this first attempt at a “Supermarionation” movie; e.g. the Cliff Richard & the Shadows.
(r:5.7;  e:3; s:2; p:3)
So why even go? 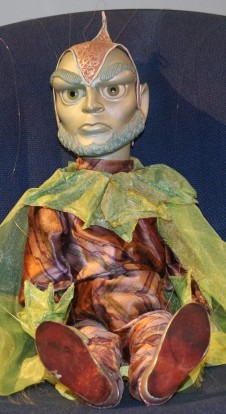 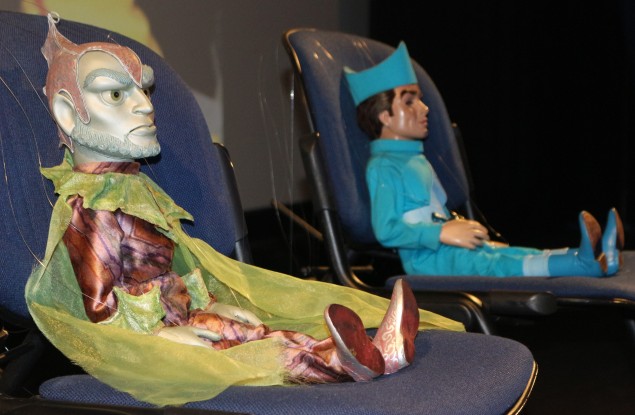 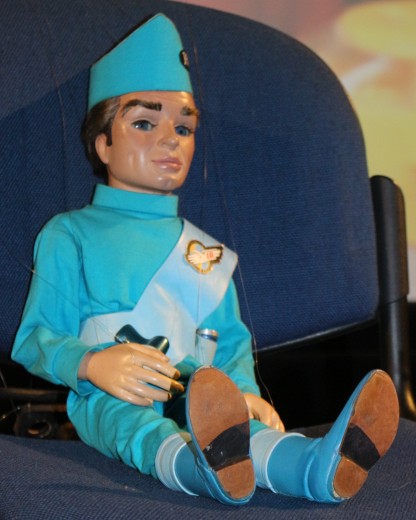 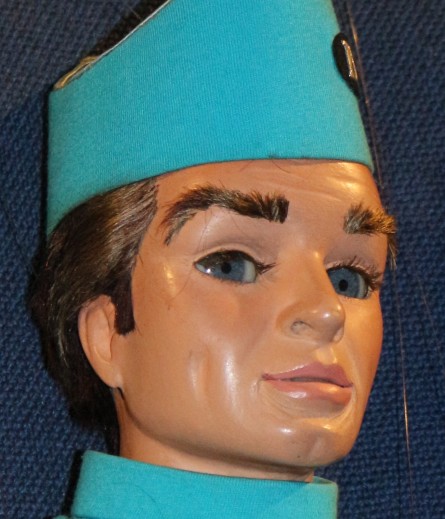 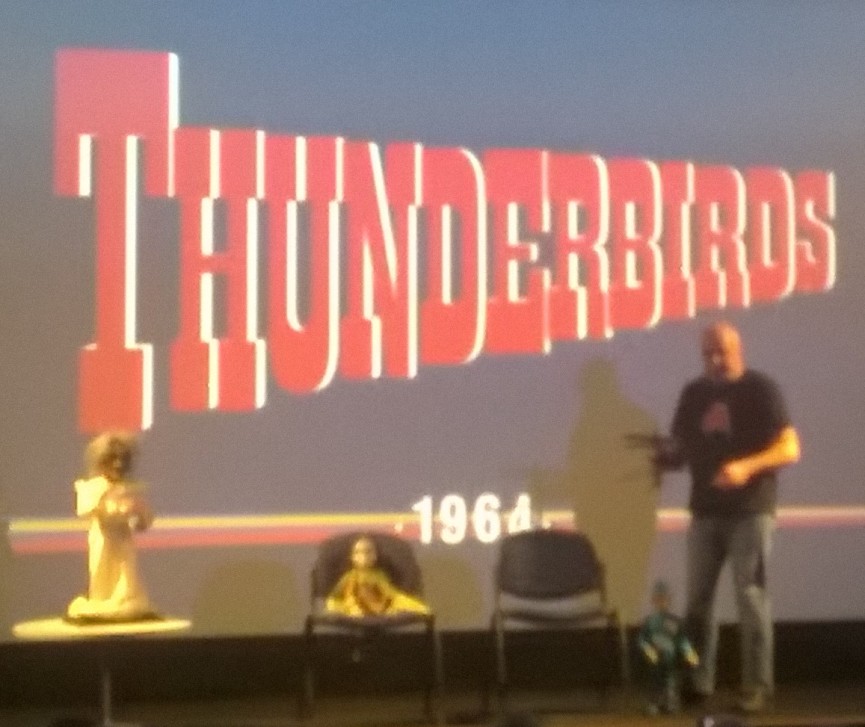 As part of  Nottingham’s Puppetry Festival, Gerry Anderson’s son and one of the original crew came to talk about the puppets, and brought Titan and Scott Tracy.
Scott Tracy even walked!
A member of the audience – a man of my age – even said it was because we were still 9 years old.
But it really isn’t.  I was born in 1961.  The Thunderbirds are part of my earliest memories.
– The first TV I remember – the trailer for Thunderbirds when Virgil slides down the ramps to join Thunderbird 2.
– The second memory of school – all the kids from 5 to 11 running in a line around the yard each being a different Thunderbird – all having our arms swept behind us.
– The shock when I was told by one of the bigger girls that they were puppets and that you could see the strings – I’d had no idea.
– My mates getting Thunderbirds uniforms for their birthdays and all the memorabilia that Christmas.
Powerful memories, flavoured by the sense of mission, which makes you reflect on all that’s come since.