… because of the drama. 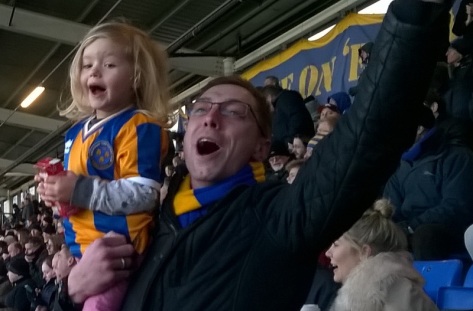 Wednesday were more than coping with Salop and easily took the lead.
But Salop came back twice and scored a winner from a Wednesday corner in the last minute, with an excellent bullet header from a cross delivered at the end of a 50 yard run.
A change of tactics meant Salop got the ball to their forwards early with long balls, and Wednesday’s once dominant defence couldn’t cope.
That said, a Championship side has again played 9 reserves against Salop and lost.

Notably gracious comments from Wednesdayites on social media, and it begs the question – why did the Police insist on such ticketing that stopped so many from being able to see the match.