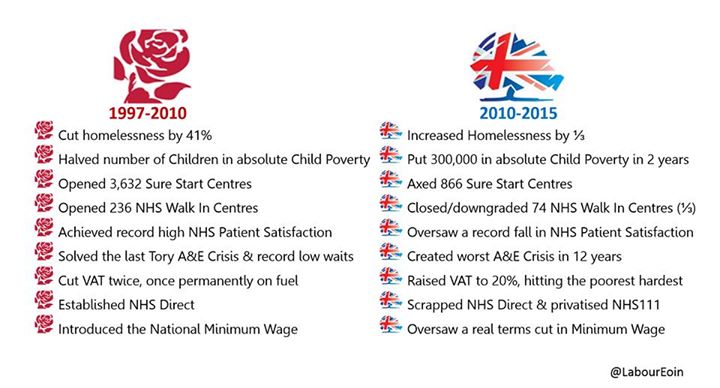 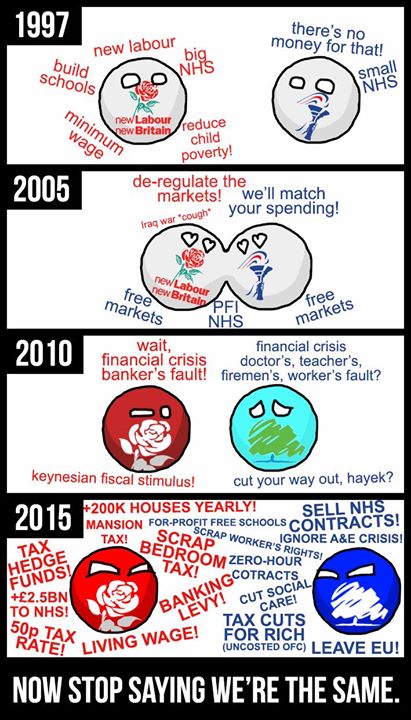 Graphics coming from Labour supporters, echoing points made by Chris Leslie, MP for Nottingham East, to local party members, of the differences on key points of policy –
a) taxing bankers bonuses, set to be announced in the next week or so, with revenues to be used for job creation;
b) mansion tax on the wealthiest properties, with revenues going to the NHS;
c) hedge funds: tackling tax evasion to enable the abolition of the Bedroom tax (although some argue it’s not saving money);
d) restore the 50p tax rate.
The graphic suggesting Labour and Conservatives had a shared outlook in 2005 stretches a point a bit too much – the commitment to agreed spending plans was I recall a Cameron commitment and the Conservatives were pushing on immigration; and the Conservatives were also low key – or even deceitful about their intentions in 2010 (e.g. Sure Start centres).
We did by 2005 so dominate the political consensus, that the Conservatives struggled to find space to be different. But the track records for respective government show the differences when in power are huge and significant. 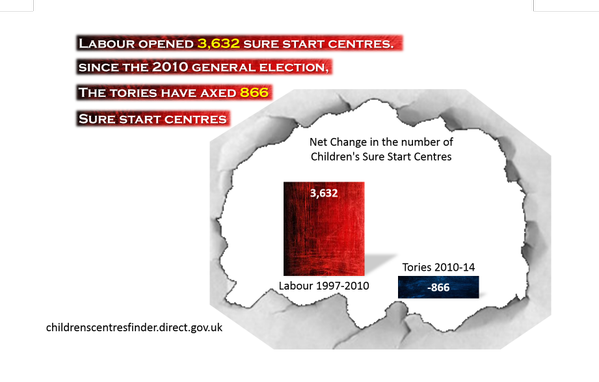