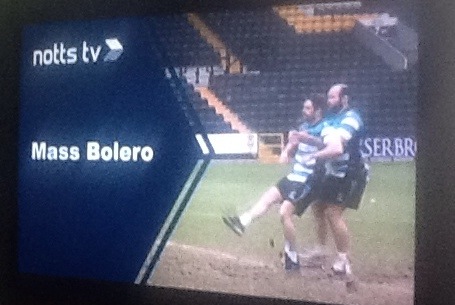 First programme … Mass Bolero.
A tough challenge to make a local TV channel succeed.
“Ey up” (me duck) is the catchphrase, along with “Int Notts mint”.
Blue is its corporate colour, which is a tad surprising giving Nottingham is so associated with green.
Second programme, Riverside bakery in Bridge ward.
See Notts TV on Freeview channel 8.
http://www.nottstv.com/freeview 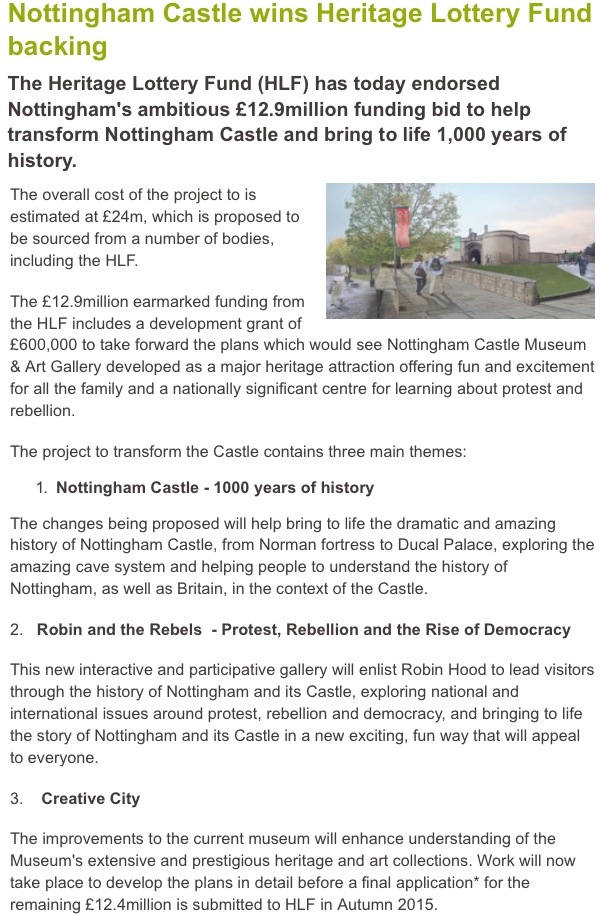 Now I know why I’ve been upbeat since Thursday, whilst others weren’t.
Yep, Nottingham’s result was better for Labour than most places in the country, and, in my opinion, Bridge ward (city centre and The Meadows) was better still.
In Nottingham, we’ve boosted our share of the votes by 13.1% when UKIP increased theirs by 12.1%. 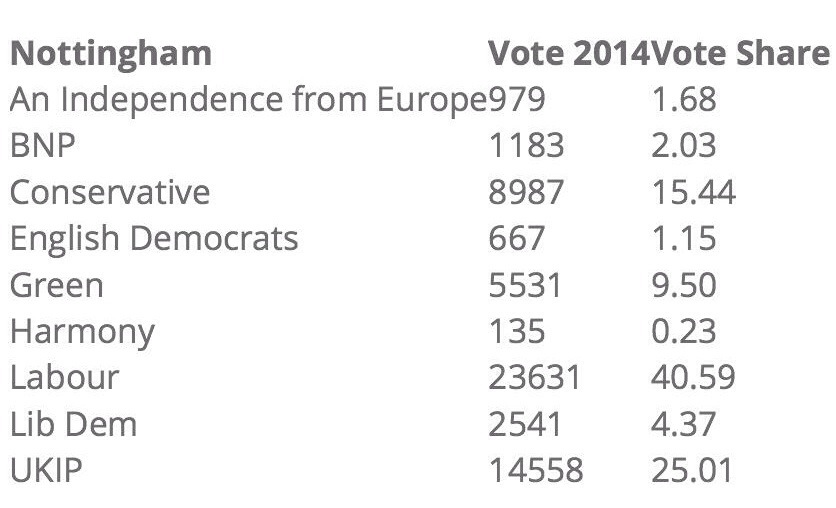 Breaking it down –
1. Labour did best in Nottingham, both coming first again, and boosting its share of the vote the most;
2. UKIP came from 3rd to 2nd;
3. Conservatives 3rd from 2nd; they lost a third of their share;
4. The Greens came from 5th to 4th; (small increase, reminding us that they get these kind of shares in European elections);
5. Lib Dems fell from 4th to 5th; (losing almost two-thirds of their vote);
6. BNP still 6th, but losing almost two-thirds of their vote; also English Democrats lost half their share.
Nottingham’s registration was up, our turnout was up and there was a leap in postal voting, a leap which might have been matched on the day but for five hours of rain between 3 in the afternoon and 8 in the evening.

Penny Griggs features in the N Post photo. My thanks to the Nottingham Post for the graphics of the Nottingham result.
The BBC politics presenters are missing the point and the politicians answering the questions are joining in.

All that effort poured into history programmes at the beginning of the year to say that the Blackadder view of the First World War was wrong, not least cos we needed to retain control of the English Channel.
Then, when the fuss has calmed down, Harry and Paul do a Blackadder take on Edward VIII and the magic is broken. How could we have taken Blackadder so seriously?! I for one have now joined those who think the deaths of nine million people was justified.

Dramatic course for cyclists competing in the Milk Race in Nottingham city centre.

… sorry, that’s RAIL Madrid (1984/85).
Yep, the British Rail Computer Centre had a works team in Nottingham that played on the pun and I was an occasional forward.
We wore all blue however, cos the team was driven by a former Peterborough United player who wore his old shirt for every game, whilst we wore some kind of nylon get-up that had stripes through being woven in two directions. 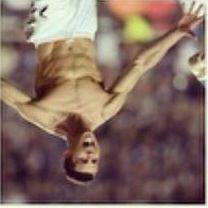 We had our classics, including a ding-dong 6-5 defeat that the ref thought had been the best game he’d ever officiated and a game so violent that our players felt unsafe walking back – the main protagonists being a Police Officer (but this was before the focus on neighbourhood policing had become gov’t policy).
It was a privilege for players of such meagre talent to play alongside a genuine former professional who exhibited such skill.
Contrast that with the narcissistic strutting of Ronaldo in the European Cup Final (which of itself was the second interesting cup final game in a week).

Resentment among Labour campaigners about the BBC coverage of the local election results:
– unable to understand that Rotherham had not been lost by Labour, or to identify a special local factor that may have explained some of the results;
– highlighting UKIP progress despite their share of the vote falling in the local government elections falling by 7% from last year;
– way too slow to explore why Labour has had one of its best ever set of results in London, despite economic growth being stronger there and an apparent Conservative ace Boris Johnson being the Mayor;
– a complete failure to explore some of the economic and social factors shaping the results.
There’s plenty to debate besides, but the complaint remains.